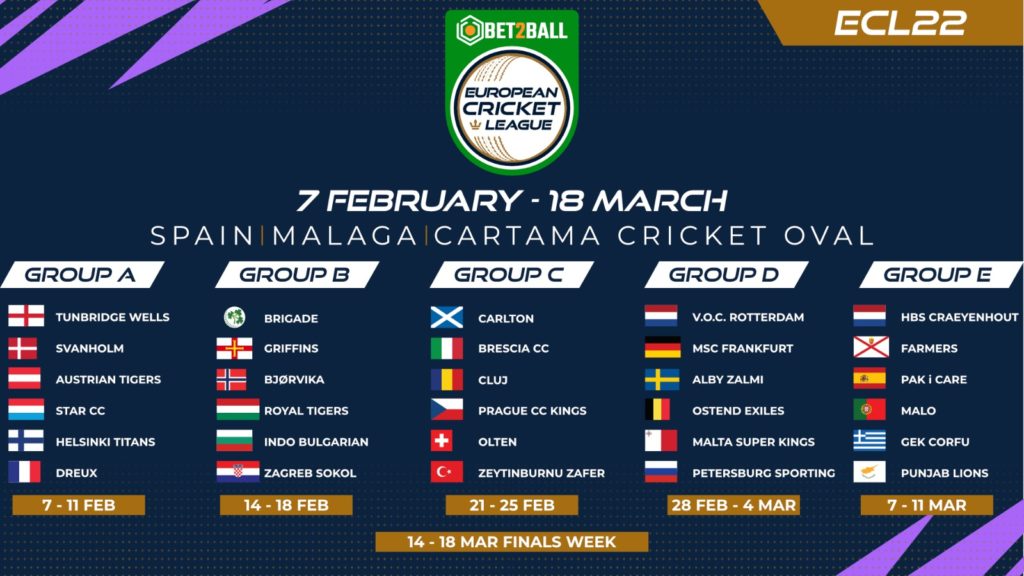 Olten Cricket Club is located in Group C and will face the Champion Teams from Scotland, Italy, Romania, Czech Republic and Turkey. All Matches will be broadcasted live worldwide.

The European Cricket League (ECL), is a professional T10 Cricket League contested by the Cricket Clubs of European countries. It was formed with a goal to develop and popularize Cricket in the European continent. The league was founded in 2018. The league is played in the T-10 format among clubs all around Europe that are champions in domestic tournaments in their respective countries. It was viewed on live TV & streamed around the world in over 120 countries in more than 140 million households by over 40 broadcasters.
European Cricket League – Wikipedia