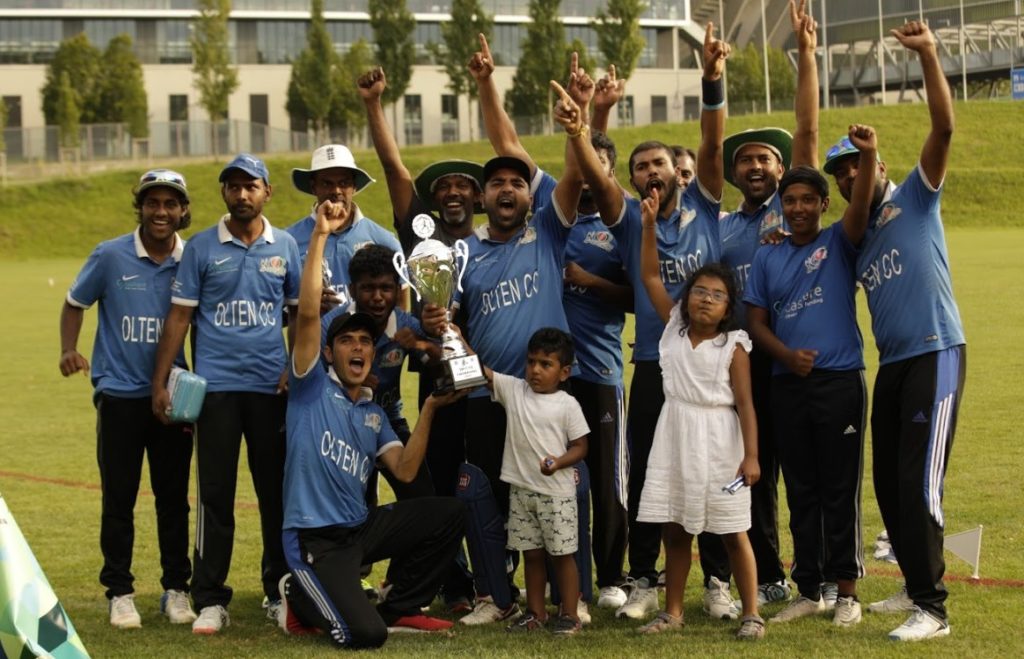 This included teams from St. Gallen CC, Winterthur CC, Power Winterthur CC, Spice Village Zurich, Olten CC, Geneva CC, Freiburg Germany and Novartis CC. The players in teams were coming from as far as England and Spain and raised the standard of tournament. The audience and players were served home made Indian food and entertained by live Dj music. A dholwala was also in ground beating the “dhol” (Indian drum) which was fully enjoyed by players by performing typical Punjabi Bhangra dance.

In the final, after winning the toss and batting first, Olten CC posted a competitive total of 113/5 in 10 overs. The highlight of the first inning was batting of Robert Freemas who scored rapid 48 runs with help of three 4’s and five 6’s.

Chasing the target, Winterthur CC had a great start and were going along the required run rate of 11 runs/ over but Olten CC kept taking wickets at regular intervals. In the end, Winterthur CC was all out for 85 in 8 overs. The highlight of second innings bowling of Robert Freemas who took 4 wickets by giving just 14 runs in 2 overs. Robert was also the man of the match of finals for his excellent overall performance with bat and ball.